Our Path to the Yokohama Steiner School

(Lecture by Mami Nagai given in may 2009. She is the class teacher of the inaugural class)

A lot of people were hoping to have a Waldorf school in Yokohama for age 6 and up, as there were a lot of early child educational groups and organizations in Yokohama based on Waldorf education.

I was teaching a Saturday class organized by “Yokohama Waldorf Educational Group” along with other teachers, such as Ms. Midori Sumida, Ms. Masami Kanda and Ms. Kimiko Ishikawa who is now a Eurythmy Therapist. In March, 2002, Mr. Hitoshi Matsuda, who had been actively working to spread Waldorf education in Japan, came to us and told us that the time had come to open a Waldorf School here in Yokohama.

Meanwhile, some parents hoping to send their kids to Waldorf School from age 6 got together and made a group. The teachers from “Yokohama Waldorf Educational Group” and the parents group joined together and launched a “Group to Establish the Yokohama Steiner School”. In April 2003, the members of group were 20 people.

Among those members, not everyone had a child who was an appropriate age to enter the school, or that lived close enough for a child to commute. Even so, they strongly believed that it was of great social importance to open a Waldorf School in Yokohama, and they worked actively towards that goal. We sincerely appreciate that those people are still supporting our school as members of the NPO. We never forget that we always receive their positive energy from them wherever they are. 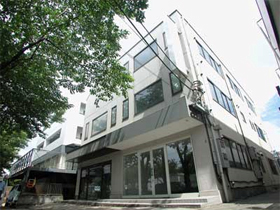 The next step was to find a property. We visited many properties, but none of them looked suitable for our school. Just when we were almost giving up, we found the most appropriate building, which was previously a private preparatory school in Midori-ku. It was an ideal environment for our school to have a lot of nearby natural surroundings such as Niiharu-Shimin-no- Mori or Kayaba Park. At the end of May 2004, we finally decided on the building for our future school.

The building required a lot of improvements before moving in though. The building had been abandoned for a few years, the ceiling had a hole, and there were a lot of old belongings left behind.

We asked ourselves, how can we get enough students? And can we really complete so much renovation work by ourselves? We wondered if it was really possible for us to open the school at that time. It was September, about the time of Michaelmas Festival.

Anyways, we decided that we should announce our commitment to start the school here, and try to bring new life to the building. For a week, we held our very first “Open Day” at the building as it was. During that time, the building was celebrated with eleven Eurythmists from all over Japan. A lot of parents who were wishing to send their kids to the school came to our Open Day.

By the end of year 2004, we finally had some good prospect on our project to open the school. After the extensive remodeling work was completed by professional workers, most of interior renovation work, such as painting and wall papering, was done by NPO members and volunteers.

On March 27th, 2005, on Easter Day, we celebrated the completion of renovations at our new school building. Our first entrance ceremony was finally held on April 10th, 2005. Started with only one class which was a combined class of grade 1 and 2. 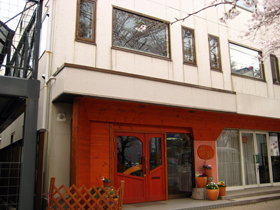